This self-funded piece of urban design research (2022) is a test case that rigorously applies a set of sustainable design principles to an existing, high-profile Olympic proposal to demonstrate what a ‘climate-positive Games’ looks like.

The stated goal of the Brisbane 2032 Olympics is to be the first ‘climate-positive Olympics’. Yet the Queensland Government’s pre-determined plan for the Gabba as the Olympic stadium immediately sets back the agenda.

The published design proposals for the Gabba and the adjacent site (see here), which is currently being used by the cross-rail project, are based on predetermined design parameters that stand in direct contrast to achieving a climate-positive Games.

Watching this play out, we decided to test the project against climate-positive design principles.

We found that by rethinking the way the site is developed and staged, it is possible to design a far better solution. Our proposal retains the Gabba and builds a temporary stadium on the adjacent site. This solution provides many benefits.

This work is not intended to be read primarily as a ‘design’ but rather a test-case for what is possible when the design principles for a climate-positive Games are rigorously applied. Imagine if all our Olympic projects applied the same principles!

Note: We have consulted with the following people/organisations on this work.  Malcolm Middleton (immediate past Queensland Government Architect) and Global GreenTag’s David Baggs and Mary-Lou Kelly.

See the story in the Australian Financial Review here. 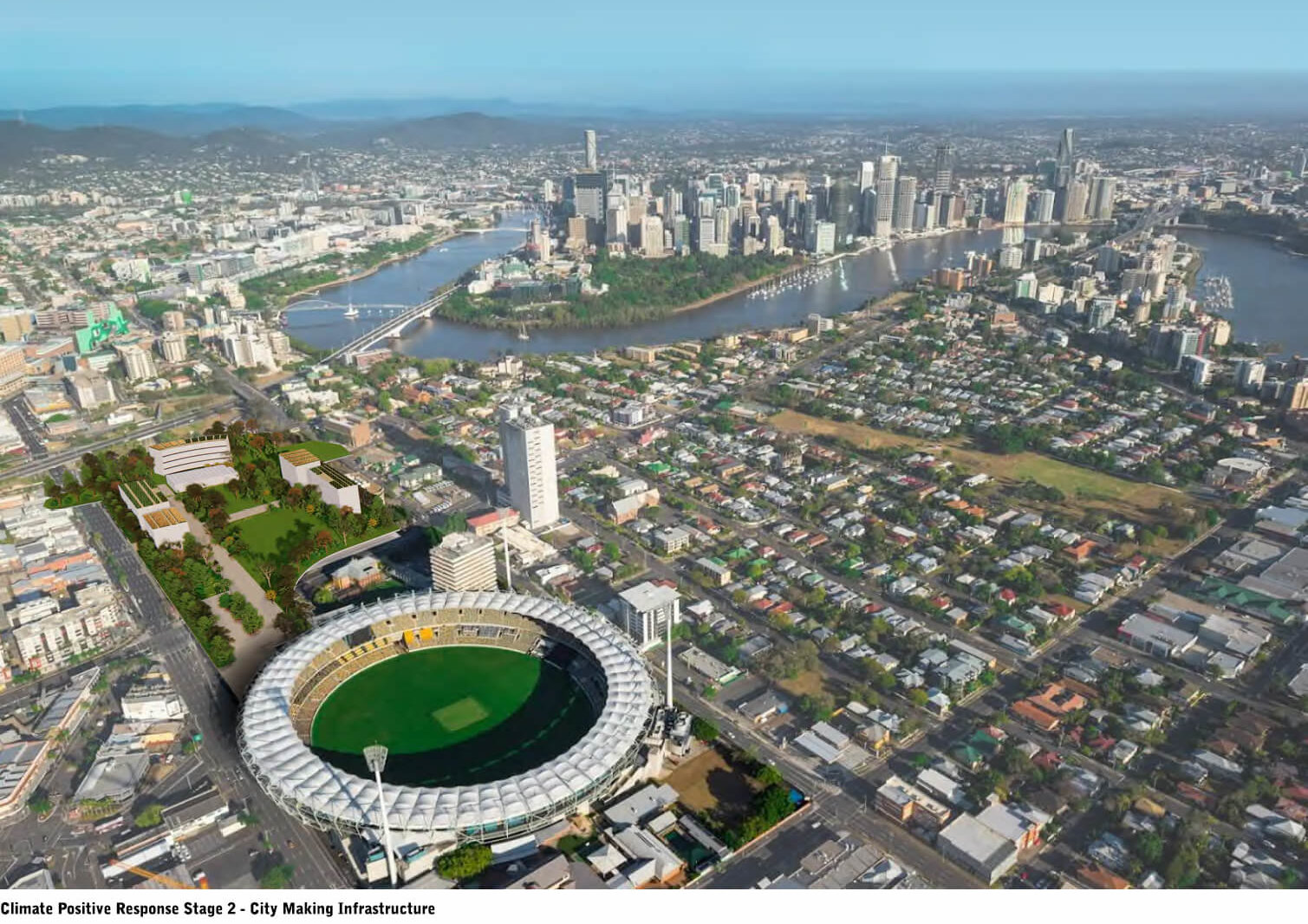 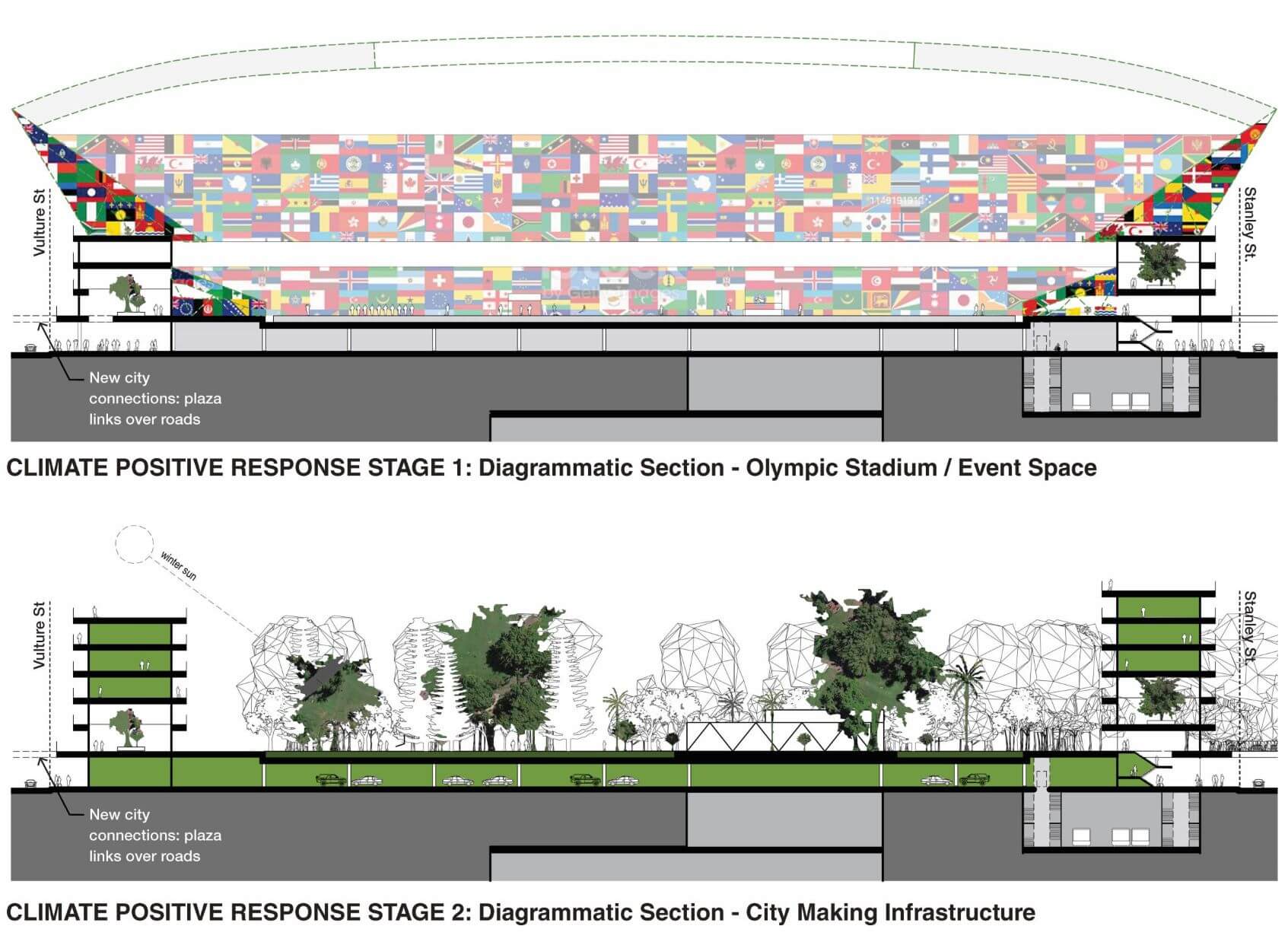