This project is designed to engage with the passing of time, and with the physical movement and play on sports fields.

Our brief was for low-cost amenities, one teaching space, stores and a covered outdoor space.

The space provided was adjacent (but some distance from) an existing green Titan shed. Our first decision was to “accept the unacceptable”, and take on the Titan. This meant working directly off the end of the existing shed, as opposed to making a new building entirely removed from it.

This allowed us to present the complex of facilities as a single entity, and work with the relatively inexpensive construction technique of the Titan shed.

We designed a continuous billboard-like white facade that ties the new and old parts together, providing a deeply shaded verandah edge to the building. The green ‘camouflage’ colour of the existing shed was continued across the new additions, and into the interior. It merges with the landscape at the edge of the field, while the more conspicuous white façade floats above.

The Human Movement Pavilion façade illustrates the passage of time in hours, days, months and seasons, in the same way as many traditional sports pavilions include time pieces.

The passing of time is made visible through translucent panels that glow green in varying intensity over the days and months, and shadow-casting elements that specifically catch the summer sun. 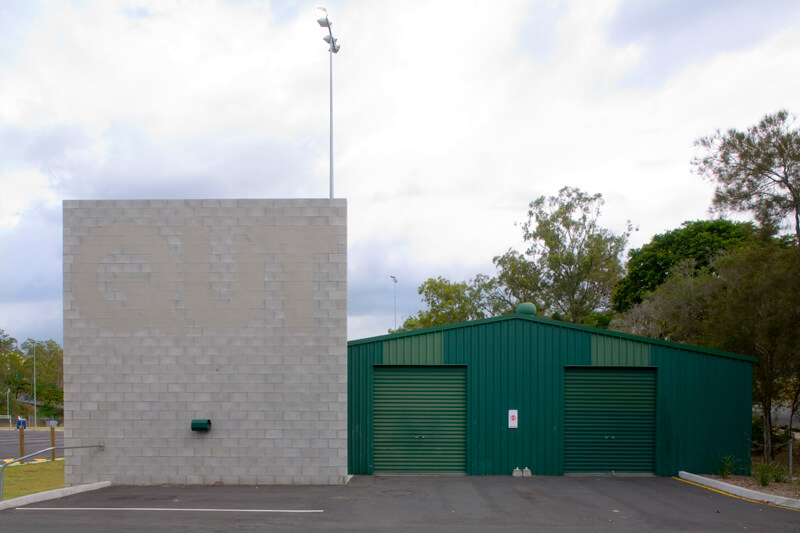 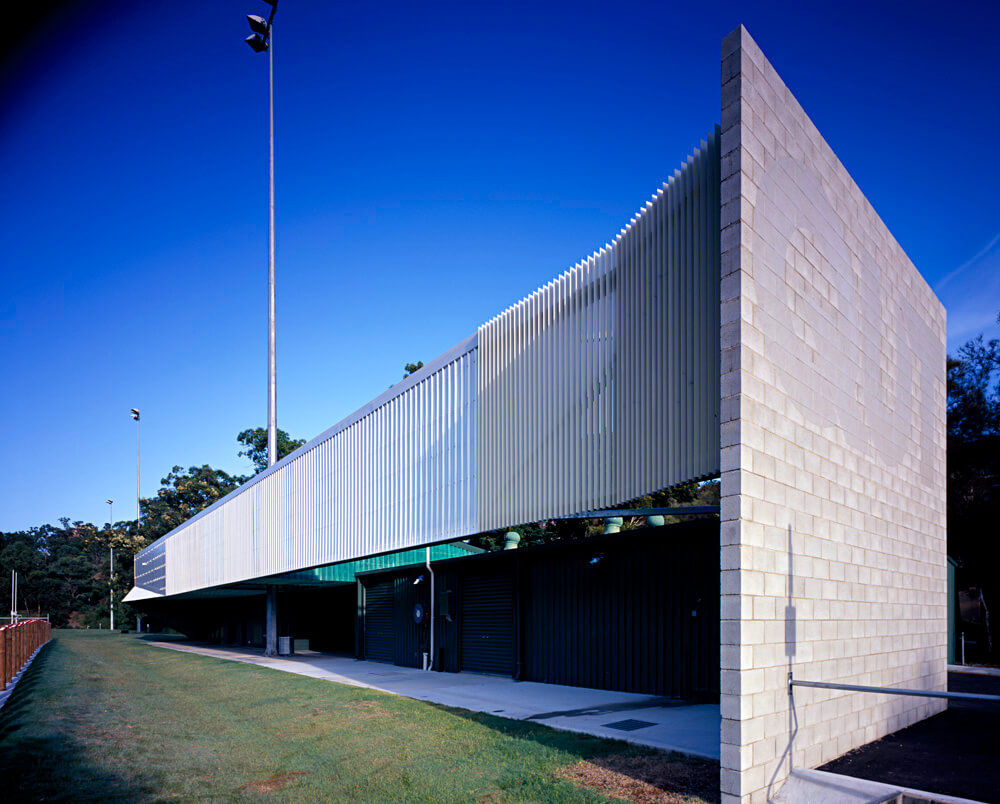