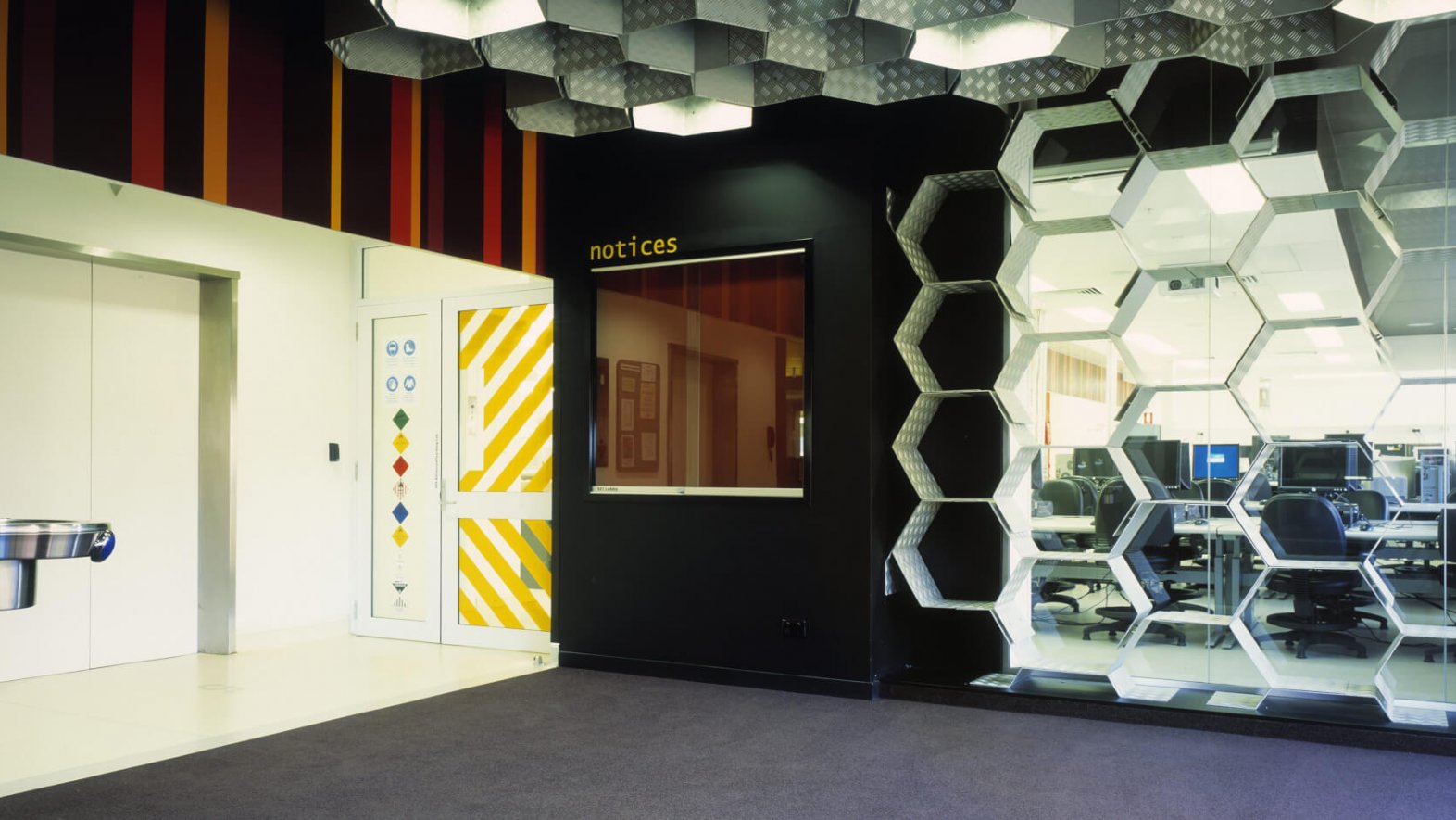 The brief for this University of Queensland project was to design an undergraduate teaching laboratory, seminar, write-up and support space for both organic and inorganic chemistry.

Analysis of the programme’s retention rates showed a significant drop in student numbers beyond first year. To arrest this decline, we utilised strategies to enthuse students and demystify the processes of chemistry (whilst ridding the laboratory of those traditional chemical smells!). The overarching aim of this work is to encourage ongoing study.

We moderated the typical white laboratory with features of interest, familiar experiences, strong graphics and the use of colour. The broad teaching plate of the floor is modulated through cues to familiar places such as the office or study, the computer lab and the foyer/lounge, acknowledging that most chemists do not end up working in laboratories. Forms familiar to chemists are utilised throughout. For example, benzene rings are employed to create functional but playful insertions such as bag racks. Meanwhile, the graphic outputs from chemical analysis such as that produced by gas chromatographs are used as decorative ceiling features to define work zones.

The interest and intrigue of the experimental is also pursued within the laboratory spaces through unexpected (but pragmatic) material selections and uses. For example, we initiated a series of blind tests which proved that laminated glass was the best choice for laboratory benchtops. This testing allowed for the use of an intriguing work surface which adds light, transparency and volume within the lab space. Coded colours and graphics designate the entry, safety stations, wash zones and the various forms of waste collection.

m3architecture’s efficient planning enabled the facility to fit on one floor (having originally been briefed over one and half floors) creating significant budget savings and freeing up space for additional teaching facilities.