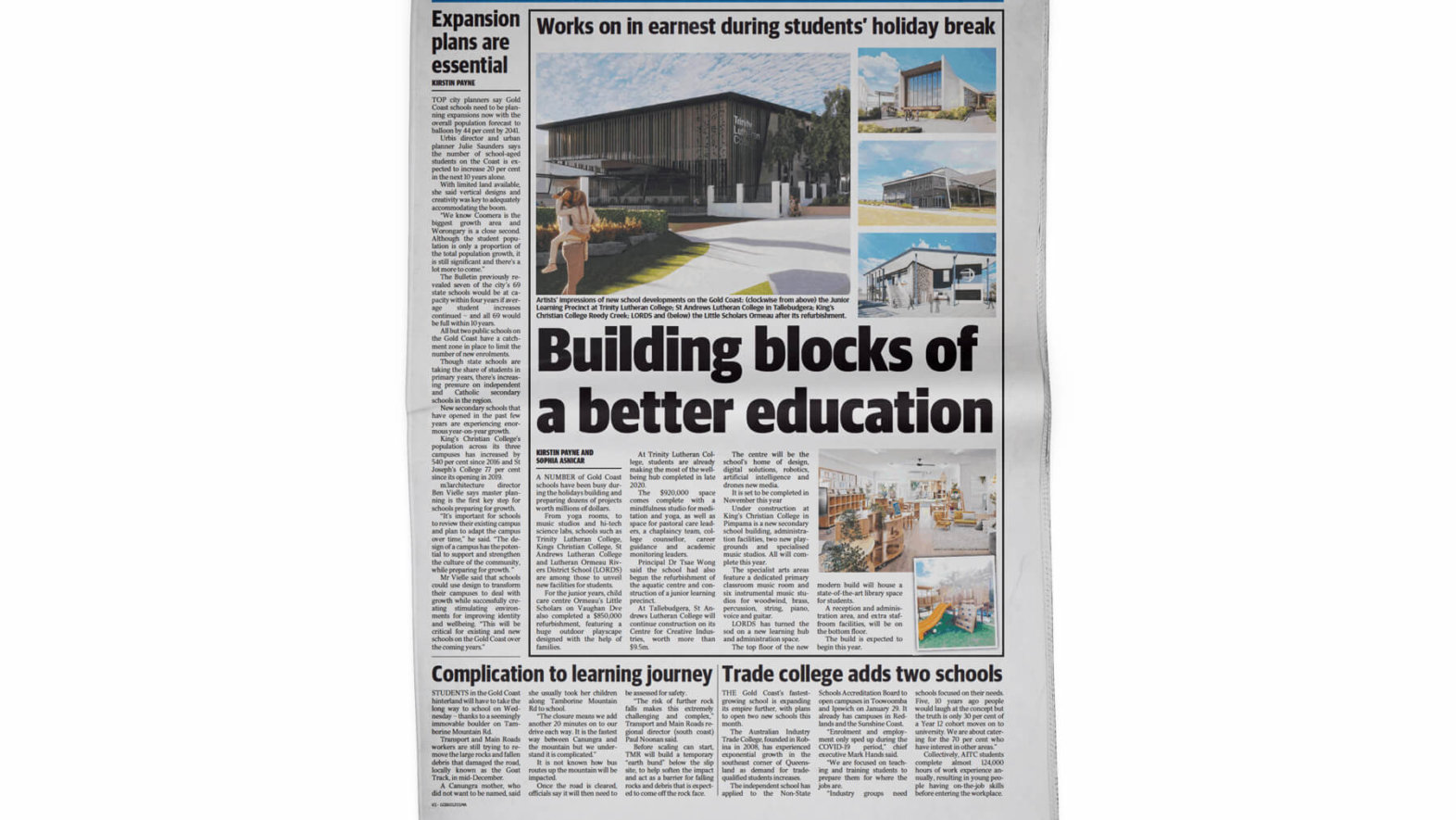 TOP city planners say Gold Coast schools need to be planning expansions now with the overall population forecast to balloon by 44 per cent by 2041.

Urbis director and urban planner Julie Saunders says the number of school-aged students on the Coast is expected to increase 20 per cent in the next 10 years alone.

With limited land available, she said vertical designs and creativity was key to adequately accommodating the boom.

“We know Coomera is the biggest growth area and Worongary is a close second. Although the student population is only a proportion of the total population growth, it is still significant and there’s a lot more to come.”

The Bulletin previously revealed seven of the city’s 69 state schools would be at capacity within four years if average student increases continued – and all 69 would be full within 10 years.

All but two public schools on the Gold Coast have a catchment zone in place to limit the number of new enrolments.

Though state schools are taking the share of students in primary years, there’s increasing pressure on independent and Catholic secondary schools in the region.

New secondary schools that have opened in the past few years are experiencing enormous year-on-year growth.

King’s Christian College’s population across its three campuses has increased by 540 per cent since 2016 and St Joseph’s College 77 per cent since its opening in 2019.

“It’s important for schools to review their existing campus and plan to adapt the campus over time,” he said. “The design of a campus has the potential to support and strengthen the culture of the community, while preparing for growth. ”

Mr Vielle said that schools could use design to transform their campuses to deal with growth while successfully creating stimulating environments for improving identity and wellbeing. “This will be critical for existing and new schools on the Gold Coast over the coming years.”

This article by KIRSTIN PAYNE was originally published in The Gold Coast Bulletin on Tuesday 26 January 2021.