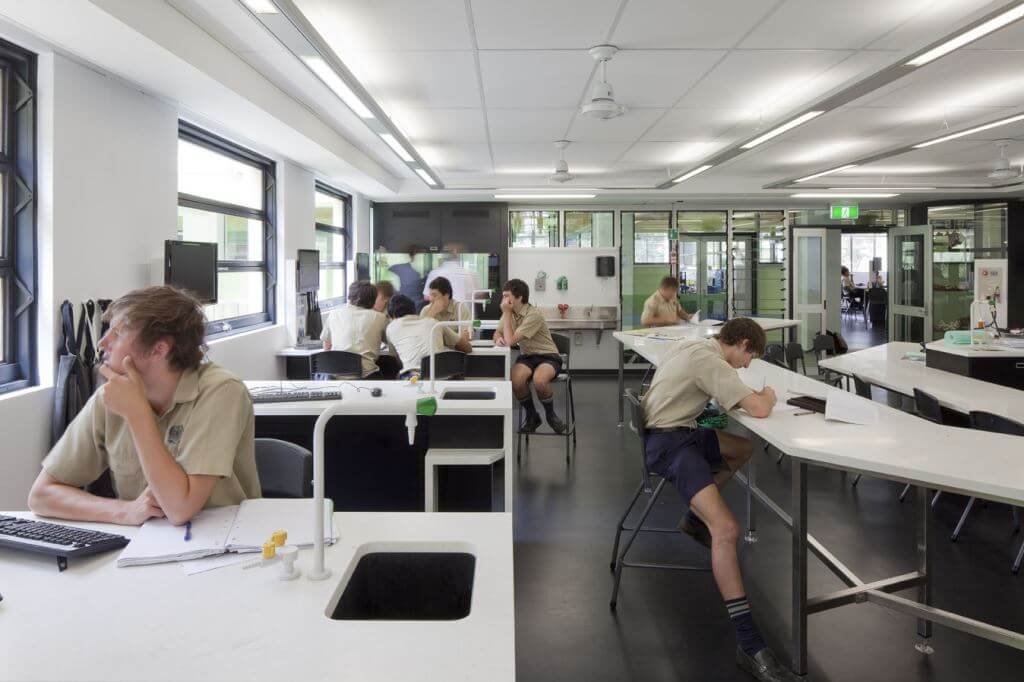 This project was a refurbishment of the existing Purton building to bring together all the College science facilities.

The existing building was originally constructed in the late 1960s and later added to in the 1990s. Our architectural approach rationalised the exterior expression, the laboratory space and the circulation spaces within the building to create a unified whole.

The laboratories are planned as generous spaces with controlled settings used for focused inquiry by both practical and didactic means. This is achieved via a neutral space free of distraction where the activity of science becomes the focus (i.e. experimentation and display). The laboratories are generous, and each teacher has immediate access to equipment stores allowing the boys to learn more effectively via self-discovery of knowledge through experiment.

The circulation spaces (stairs and corridors) were designed as spaces of transition. Transition between the exterior expression (real world) and the laboratory space (controlled context of scientific enquiry).  To illuminate the experience of transition, contrast was created between the neutral laboratory environments and the vibrant and stimulating transition spaces. 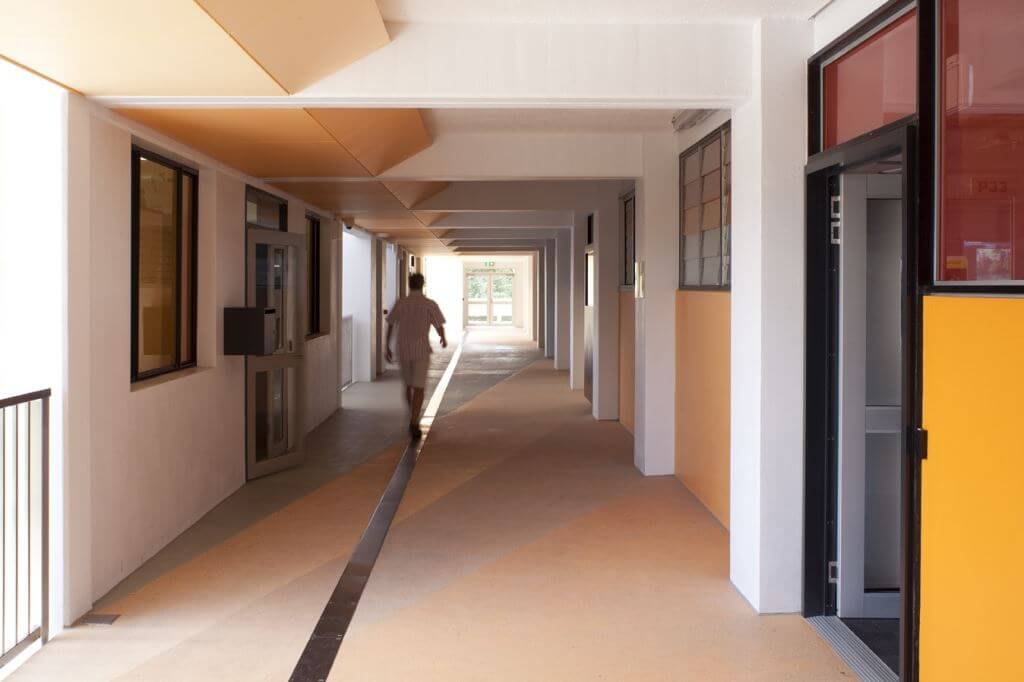